The Lunar Polar Hydrogen Mapper (LunaH-Map) mission is one of the tiniest NASA planetary science missions but has big science goals. Previous missions and studies have identified the presence of water-ice at the Moon’s poles. However, there are still unanswered questions about how much water-ice is contained within permanently shadowed regions. It is also unknown how much water-ice might be retained at depth throughout illuminated regions of the lunar South Pole. LunaH-Map will answer those questions by entering orbit around the Moon and producing a neutron map that will reveal where and how much water-ice is hidden across the lunar South Pole. LunaH-Map will help us understand the origins of water on the Moon and how it has been redistributed since the Moon’s formation. The maps will also be used to plan future missions and landing sites for robotic and human water-ice prospecting.

How will we characterize the lunar water abundance?

Decades of lunar exploration have proven that there are water-ice enrichments in certain regions around the poles of our Moon. Some of these regions, called permanently shadowed regions at the lunar South Pole, may contain enough water to change our view of the formation and evolution of Moon. Permanently shadowed regions are areas near the North and South Poles of the Moon that never receive direct sunlight and thus are extremely cold. Even though they are exposed to the vacuum of space, water-ice can accumulate in them because they are so cold and dark. They may even contain enough water to support future human and robotic exploration of the solar system.

Despite knowing these enrichments exist, we don’t yet know exactly how much water-ice lies within permanently shadowed regions. The LunaH-Map Miniature Neutron Spectrometer (Mini-NS) will use neutron spectroscopy to measure the energy distribution of neutrons that reach the detector and identify the hydrogen content on the Moon’s surface. Neutron spectroscopy is a powerful tool used by many NASA missions for identifying hydrated materials on planetary surfaces. If you’ve ever seen global maps of water on planetary bodies (the Moon, Mars, Mercury, Vesta, Ceres) they were made using a neutron spectrometer.

The primary science instrument on the LunaH-Map spacecraft is the Mini-NS, which is a neutron spectrometer using CLYC scintillator crystals. Mini-NS has 200 cm2 of detecting area covered in gadolinium foil making it sensitive to epithermal (>0.3eV) neutrons only. The Mini-NS consists of two detectors; each is independently operated with data and time synchronized to the spacecraft. 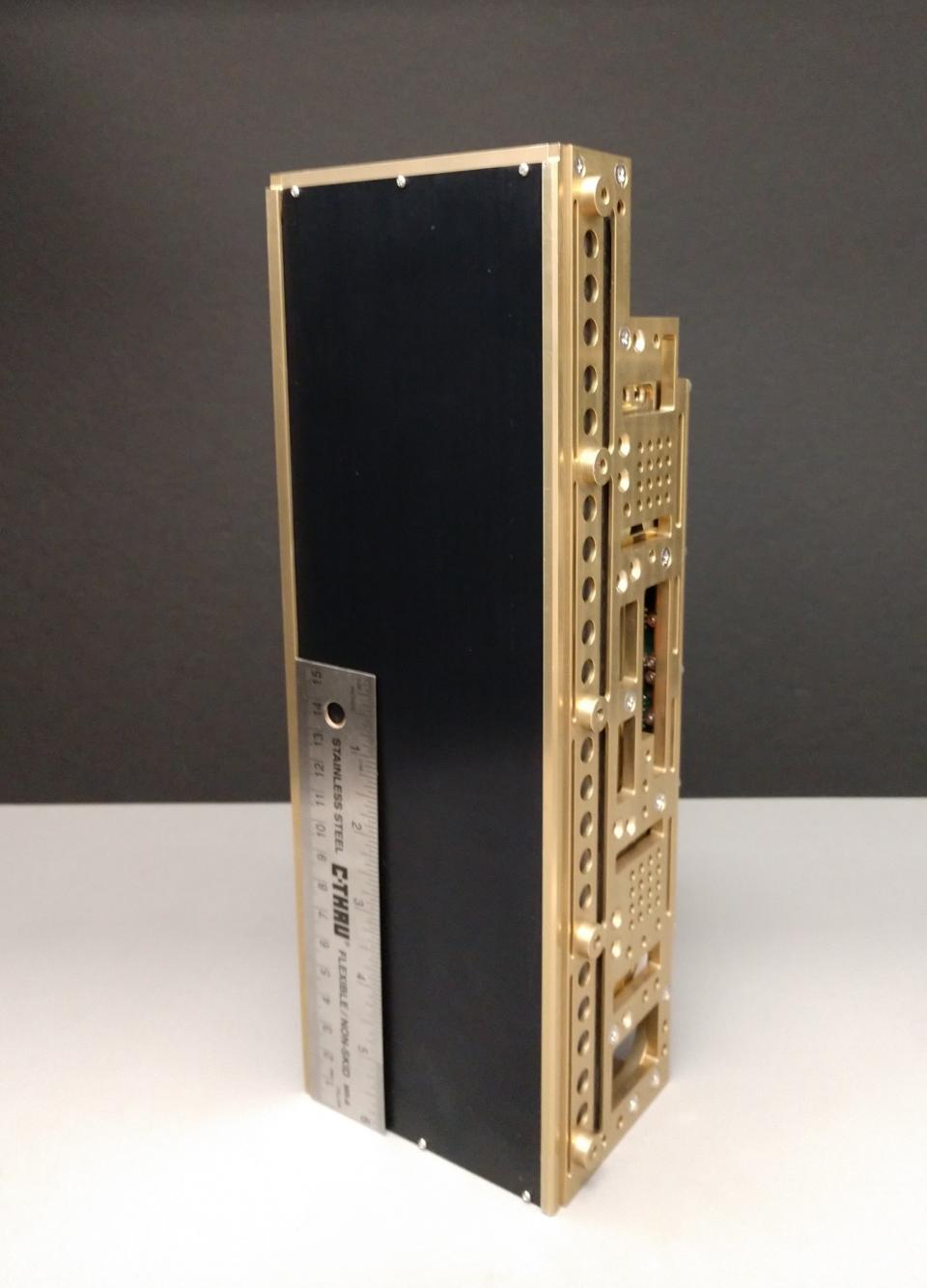 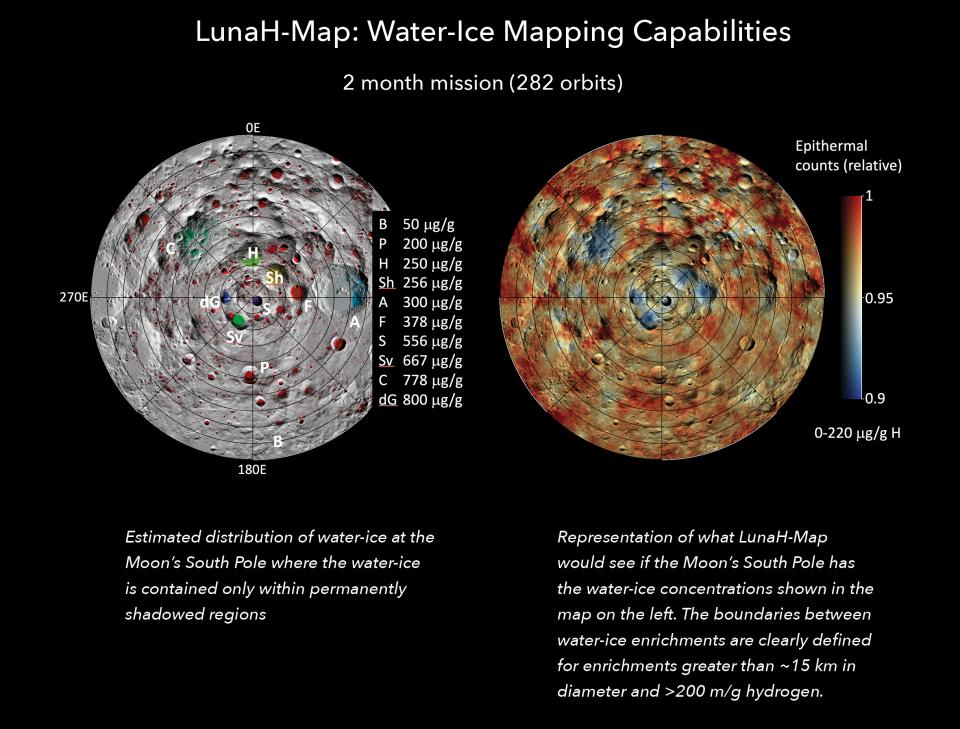 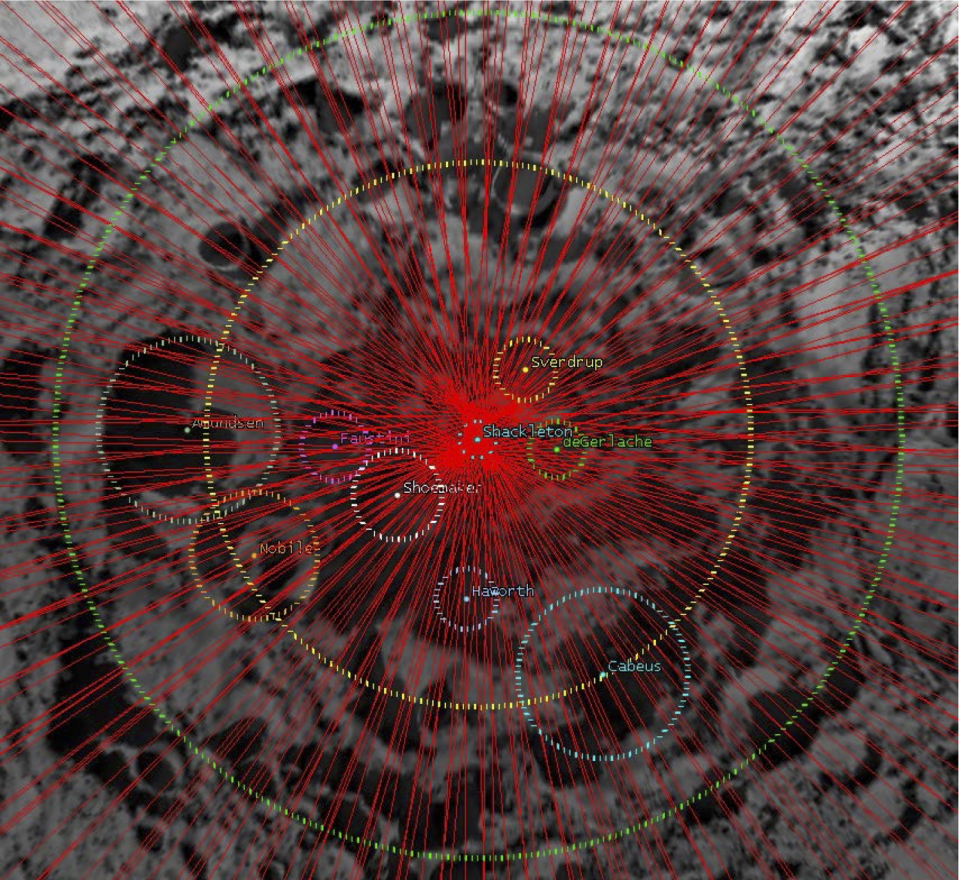 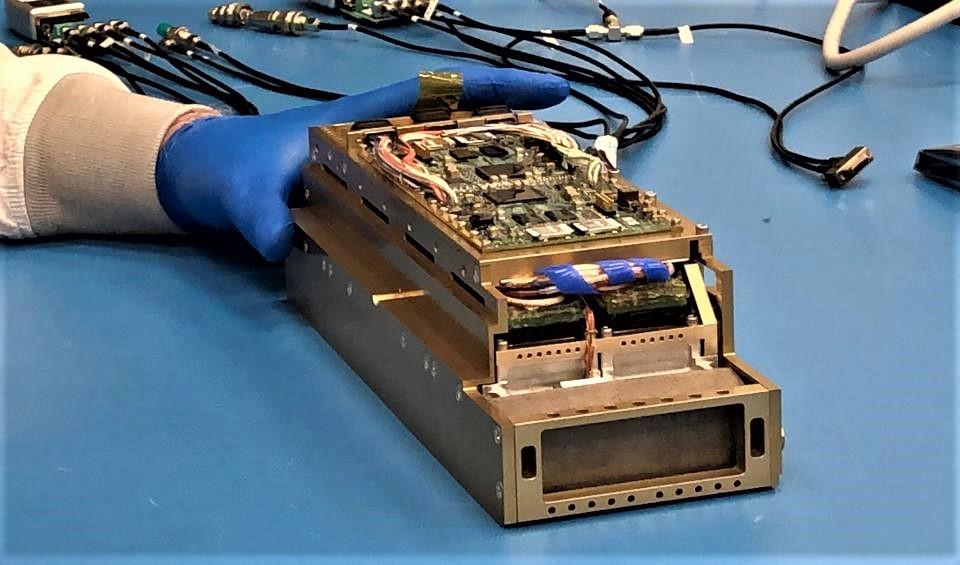 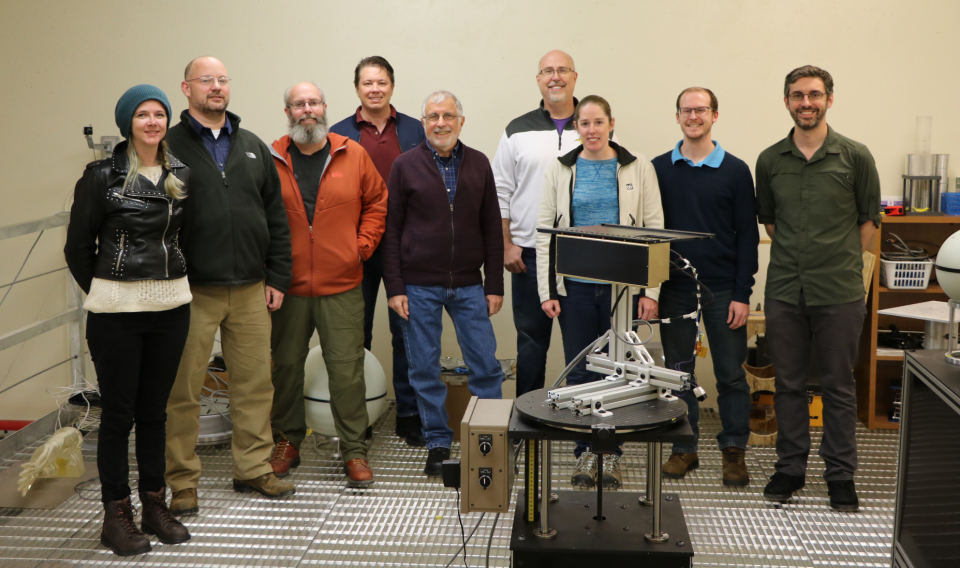 Every planet in our solar system is constantly bombarded by cosmic ray protons. The Moon doesn't have an atmosphere, so these protons constantly bombard the lunar surface, interacting with the regolith (e.g. rocks and soils) to producing neutrons. As these neutrons “leak” out from the surface, they lose energy and are slowed by collisions. Materials that are more enriched in hydrogen (i.e. lunar regolith within permanently shadowed regions) are more effective at moderating neutrons than unenriched regolith. A (over)simplified analogy for thinking about planetary neutron spectroscopy uses colliding balls. Think of a neutron as a ping pong ball. It will lose about half its energy when it hits another ping pong ball. Every time a neutron (ping pong ball) hits a hydrogen atom (another ping pong ball) it loses about half its energy. Collisions between neutrons and every other element in the periodic table are more like a ping pong ball hitting a bowling ball. This results in increased numbers of low energy (thermal) neutrons and decreased numbers of moderate energy (epithermal) neutrons when more hydrogen is present in the lunar regolith.

LunaH-Map will use a miniature neutron spectrometer (Mini-NS) which uses a neutron sensitive material called a scintillator. Scintillators produce a small light flash when neutrons or other particles interact within their structure. Photomultiplier tubes (or other photosensitive, light-catching and amplifying, devices) then amplify the signal and translate the light flashes into neutron counts. The Mini-NS is designed to detect the suppression of only epithermal neutrons. The Mini-NS uses a gadolinium shield to effectively "screen" (absorb) the thermal neutrons, making the detector sensitive to epithermal neutrons which are related primarily to the abundance of hydrogen. When making measurements over the permanently shadowed regions, where hydrogen is enriched, the Mini-NS will detect lower numbers of epithermal neutrons. These "neutron suppressed regions" correspond to hydrogen enrichments, most likely in the form of water (H2O) or hydroxide (OH). 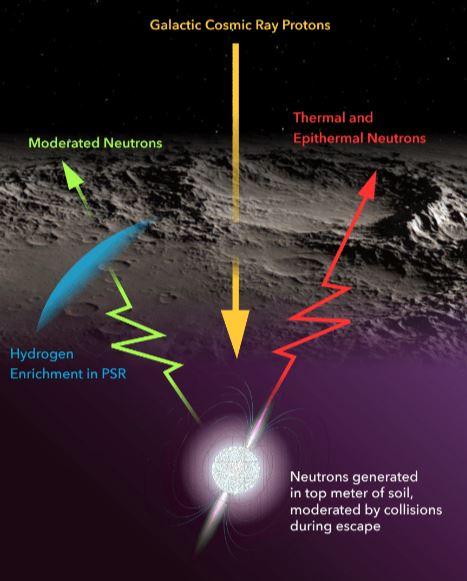